I have been following the World Cup fairly closely this time around since I lived in South Africa last year. The New York Times has written a wonderful article about Robben Island Prison and the soccer league that developed for the inmates.

Here are some pictures from when I visited Robben Island.

In America, we live and die with our sports. On any given Saturday in the fall, if the Nebraska football team loses, chances are you might find a grown man in Omaha weeping on his living room couch. If not, at least you won’t be able to talk to him until Tuesday afternoon. And so it goes with our Big 3: football, baseball, basketball.

But it’s not that way with our beloved American soccer team in the World Cup, is it?  This version of the Dream Team has American on the edge of its seat to be sure. Just this week, the US went from near elimination to winning its group and advancing to the knockout round in the first moments of extra time against Algeria. I went crazy when I “saw” the goal on ESPN’s GameCast at work. The media and the lay-soccer fan has fallen head-over-heels for them.  But what do you think this nation’s reaction would have been had Donavon not knocked in that rebounded shot? I think it would have went something like this:

Oh well. What else is on now?

Of course, not everyone would reacted that way (i.e. die-hard soccer fans like my friend Andrew, who was at the game). But most of you, if you like sports, though not soccer specifically, yet love America, would have said just that.  A sports radio talk show host said it best this week: “There’s something healthy to that kind of reaction.”

Indeed there is.  Hmmm…I wonder why?

(Note: This is in no way a knock against soccer. I think it’s foolish to jeer a sport simply because you don’t know the rules — or because your country isn’t a superpower when they compete! )

I used to hate soccer.  I thought it was for Europeans who didn’t have the coordination to play American sports.  Then I lived in South Africa and was continually schooled by kids half my age who did things with a soccer ball with their feet that I can’t even do with my hands.  After a year there, my appreciation has grown for the game. I wouldn’t call myself a die-hard, but suffice it to say that I’m going to pay a bit more attention to the World Cup that starts this Friday. I’m even more interested because it is being hosted by none other than South Africa.

South Africa and it’s people has been preparing for this tournament for a long time. This is the largest sporting event to ever be hosted on the African continent. This is a big deal.  Most likely, Africa will never host an Olympic Games, so unless another World Cup comes to the continent, this is Africa’s (not just South Africa’s) finest hour.

As much as the international competition excites me, what’s more is the fact that the entire world is coming to South Africa, and churches and para-church ministries want to spread the gospel to the visiting nations.  They have been preparing for this since the vote was cast to bring the tournament to their beloved country.

In the next month, you will read or watch a lot about this tournament if you open up a sports page or log onto ESPN.com.  You’ll read  about Wayne Rooney scoring goals for England, or Landon Donavon leading the Americans on an improbable run. You will hear about Bafana Bafana (SA’s national team) and their fans’ vuvuzela noise makers.  You will watch segments about the favorites, Spain, Italy, and Germany, and their superstar rosters that shouldn’t even lose a game.  You will learn about a country torn by racism that is slowing healing and how something as insignificant as a soccer tournament can be much-needed medicine.

These are the stories that will matter millions of years after World Cup 2010 is over. All these stories are bound up in the great story of redemption that God has been, and is still, writing. It’s a story worth paying attention to. Let’s ask our Mighty God to open the eyes of the blind and draw all people to his Son.

Sorry I’ve been silent for a while.  In honor of the World Cup that starts June 11, I thought this would be a fitting video — or maybe not so fitting?

Part 8 in a 10 part series. View series intro and index.

There are too many pictures from this 5-week period to share them all.  These don’t do justice to the wonderful, Christ-filled experience of this mission’s trip! 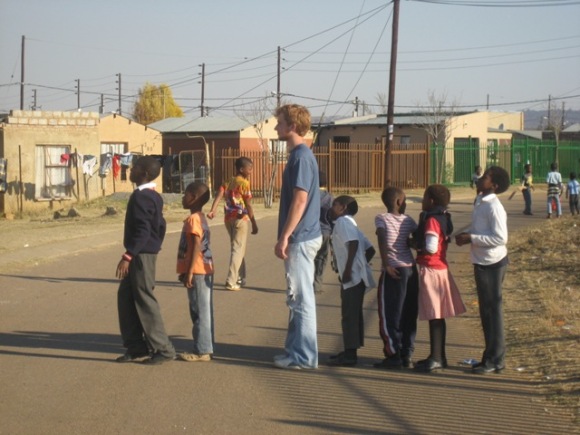 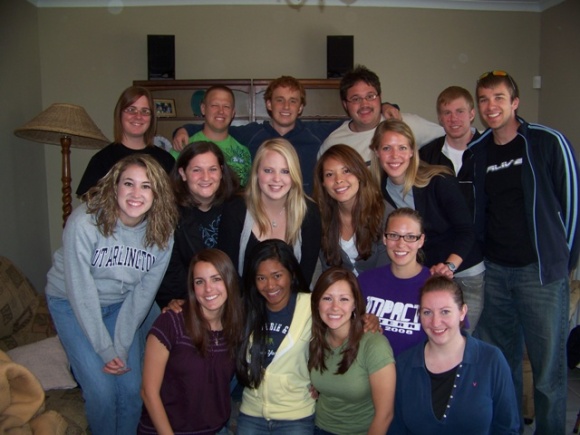