Part 7 in a 10 part series. View series intro and index. 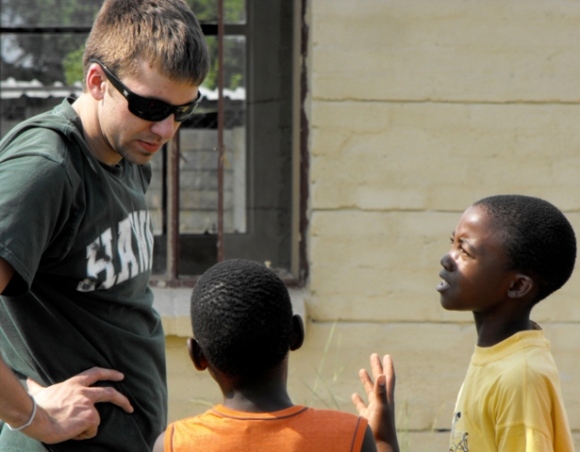 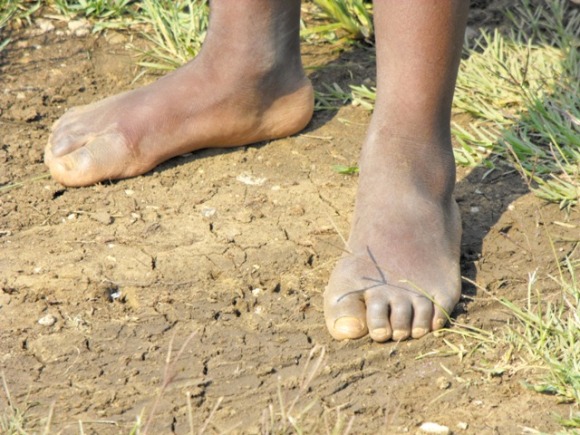 One of the great (new) joys I have here in South Africa is to teach the Bible along with my friend Rylan Reed to four guys who work at Beam Africa, a local development center for township children, here in Pretoria.  Last week we talked about new birth and what God has done to make us dead sinners alive in Christ.  This week, we discussed grace, faith, and good works from Ephesians 2, James 2, and Abraham’s life.

Here are some pictures from our time together today:

Question of the day: “How do we know if someone has true faith?” 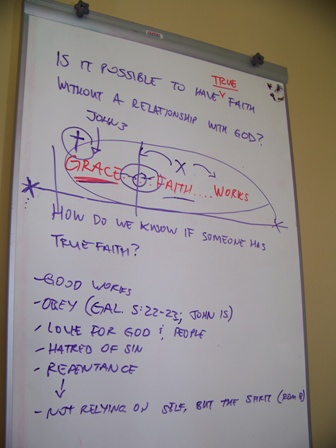 From the left: Ludwig, Brian, and Ronney.

I promise you I’m talking, not sneezing.

Rylan talking about the relationship between faith and works in James 2 (the guy on the right is Blessing).

It’s been a gloomy and soggy week here in Pretoria.  As I mentioned in a previous post, we’ve been at Beam Africa Development Center doing some abstinence training.  We’ll be there again today and Friday.  Here’s some shots from the past few days.

Smiling with a little bit of attitude…

Inside for the rainy day…

My man Thapelo, who asked if he could be invited to my wedding in January.  I said yes but that it was in America.  He said, “I will build a bridge.”

Brian (left) and Ronny — two of the staff at Beam.

Here in South Africa, the Universities of Joburg and Pretoria are in their last week of exams, so we are taking advantage of the free time by spending the whole week at Beam Africa Development Center training the teens on abstinence and HIV/AIDS prevention.

I’ve never taught a sex education class before, and this is about ten times harder because the kids aren’t native American English speakers and few have parents to discipline them well.  We have to be very deliberate in our choice of words.  We have to be lovingly stern as we call them to behave properly.  And, of course, since they are still teenagers, it’s inevitable that we get a few laughs whenever we use the phrase “sexual fluids.”  Despite the hardships of communication, it’s such a joy to minister truth and love to these kids.  They are least of these, the overlooked, the downtrodden.  By God’s grace, we are trying to help.

Our hope is to instill values that will help these kids make good choices — indeed, the best choice — in order to avoid this continental killer.  People get HIV/AIDS mostly from sexual activity.  Many children are born with it, yes, but most Africans who are contracting the disease now aren’t getting it from drug needles or helping their friend who was cut on the arm. They are getting it from recreational, illicit sex.

Here’s some stats on HIV/AIDS for South Africa:

The most effective way to avoid HIV/AIDS, or any other sexually transmitted disease, is abstinence until marriage.  Everyone knows this.  It’s the only fool-proof way.  No one can question that.  But it isn’t widely taught — not even here.

It’s been concerning to me to hear our kids answer, when we ask how to prevent HIV, “Condoms.”  Earlier today, during our class, I said, “Condoms can, and do, break.”  One of the older boys looked at me and said, “Use two condoms.”  The truth is, I said, even two can break.

This whole battle isn’t about finding better sexual protection.  That will only give people more excuses to live out their fleshly pleasures and have multiple partners.  It’s not just simply telling people to wait until marriage.  That will only create sexually repressed people who take out their anger and impatience in other areas of life.

The battle is a fight for true worship.  We must point people to worshiping something that will give them a greater pleasure, a deeper delight, a more fulfilling satisfaction than sex.   The highest pleasure, delight, and satisfaction is God himself.  Pray that these kids, South Africans, and potential and actual HIV/AIDS victims all over the world would worship the Creator, not creation.  When we worship Jesus as supreme, our lives, priorities, practices, and decisions tend to fall into place.